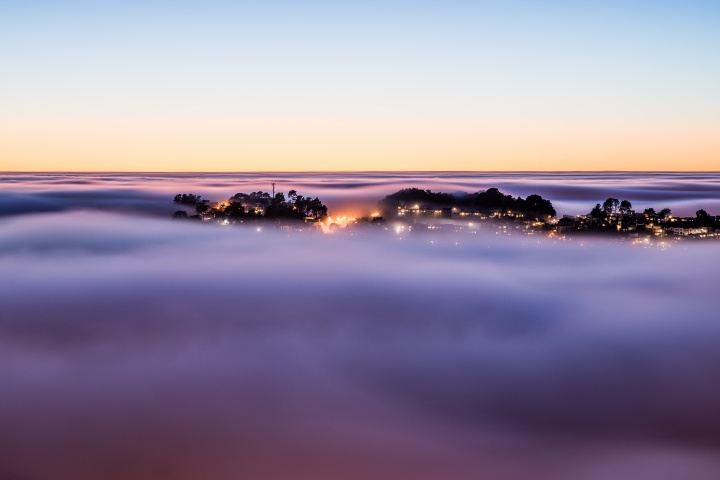 Beneath this multi color sky rests a village.

Villagers close their days, in many ways. Some are laying the tableware down, while the stew is simmering. Others slap turkey and thinly sliced swiss between two slices of rough cut baguette. There are homes with shingle tile roofs, where beneath them families interact little, instead losing their best selves into their screens. Some homes have single-paned windows, no television and their dinner of lentils and tofu will be followed by board game and laughter.

One or two of these homes likely have pictures of Jesus on the wall, angry hearts seated in plaid patterned recliners, bottles of cheap bourbon stashed about the room indiscreetly.

Across town perhaps a father is sincerely praying a prayer of gratitude for the meager meal his family is about to dine on. In another home a mother is crying while her pork chops burn on the stove because her four-year old drew all over the newly painted dining room with sharpie, and she’s tired.

Beneath many of these roofs there are tired and weary souls. Tired from working, tired from living. Tired from living to work, lack of connection, poor nutrition, fitful rest, marital discord, and so on. Tired never ends…

One woman, down there, in one home hiding behind one porch light miscarried a baby today. Behind another, a spouse hides the secret of an affair. One home holds an empty bed because their teenage son ran away, choosing addiction over the tough love of a mother and father.

A fraction of the homes have held cancer, loss, bankruptcy and enraged anger.

Beneath the view, an artistic photograph with which one took pride and many admired, there is life. Life is ugly and lonely, life is messy and hard.

Though much is speculated about these nameless, faceless people below, a few things are certain…

There are hurting, aching and broken people down there, hiding behind their front doors. Neighbors don’t know. Many neighbors do not want to know. The Villagers are consumed with their own empty, lonely aches.

No one grabs the hand of the stranger next to them, no one says “We’ve got this, you and I. You are not alone.”

Wednesday morning the sun rose, and people felt crippled with fear. Not just these villagers, but most of us. Our financial system took a hit and the optimistic ones placed their hopes in a man who isn’t ready to be our everything. No man is. Until we take the faceless and broken and learn their names, learn their stories, and decide to set our aching down to help them carry theirs, we will continue to fall downward.

Today let’s go love someone. Let’s call a friend whom we know is hurting, and let’s not ask if you need anything, let me know. No, let us say “I am bringing you a well needed chocolate bar that I am instructing you not to share with a single soul!” And then do it. And when we see them, hug them with as much sincerity as our arms can contain, and let them know by our gestures that We’ve got this, together, and they are not alone.