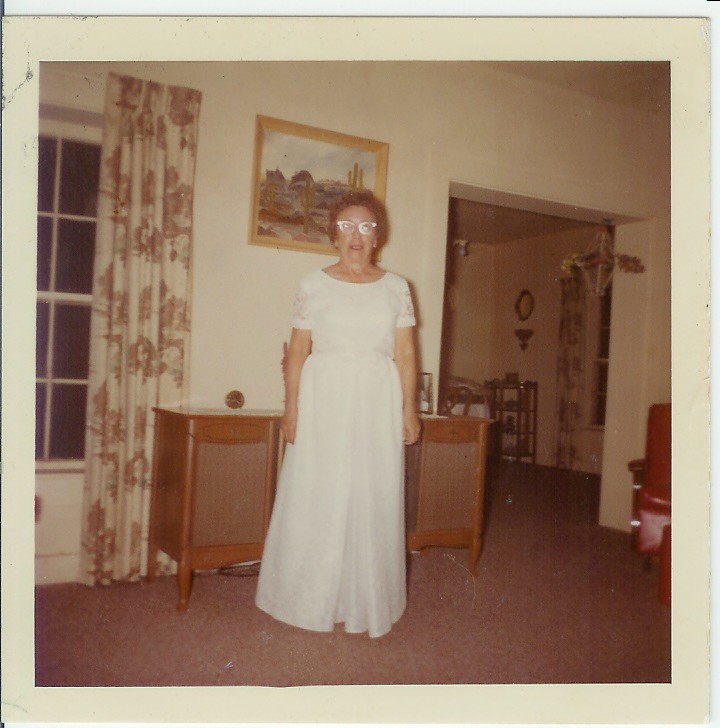 I heard her laugh often.

I saw her mean.

I watched her love.

She was not of the generation that considered the idea of self-care.

I loved the way her wrinkly fingers would wash my lips after we ate Sunday dinner until I believed I was too old for such childishness. Then, one day I missed the way those fingers felt.

She knew all of her neighbors, what they loved, who they knew, and the happenings of their daily lives.

She believed in strong opinions but did not believe in gossip.

She did not trust easily or shower others with frivolous kindness.

A product of the Great Depression left her feeling generous while often she kept closed fists. Such standards were different and should be seen as such.

She loved a bargain, even on something she’d never actually use. Her youngest daughter criticized this for decades until she too one day fell in love with an unbeatable deal she couldn’t pass up. It’s a gateway buy it seems, because the baby of the family was soon snatching up any amazing deal she saw too.

Her widowhood had her mixing and pouring her own cement, doing hard labor her 4-foot frame didn’t seem cut out for and proving to the entire town how beyond capable she truly was. Everyone constantly remarked on this, to which she’d simply shrug as if to say “you do what you have to do, end of story.”

She hated to miss church on Sunday and never missed a day of prayer or Bible reading.

If a broom dropped in the kitchen she set out preparing because company was coming.

Spilled salt was always thrown over her left shoulder… superstitions were strong and she acted in accordance always.

I can still her voice singing How Great Though Art in my left ear, as though we were sitting in her little yellow New Mexico church and no time at all had passed.

In the last years, frailty and arthritic pain took over. She donned a sweater in the 100-degree summer days.

Her tastebuds failing her, she often consumed beyond spoiled food unknowingly because she simply couldn’t bear to waste or throw things out.

A fighter until her last breath–fighting for those she cared about and never for herself–she loved in the ways she understood.

One hundred and five years ago my grandmother was a pink and fussy baby girl making her way into this mess of a world. Sixteen years ago she bid that same world goodbye and lives would never be the same.

I’m beyond grateful that I had the privilege of being Bertha Mae Dugan’s granddaughter and if you’re one who has fallen a bit in love with her while reading my memoir Girls, Assassins & Other Bad Ideas thank you for helping to keep a part of her alive.