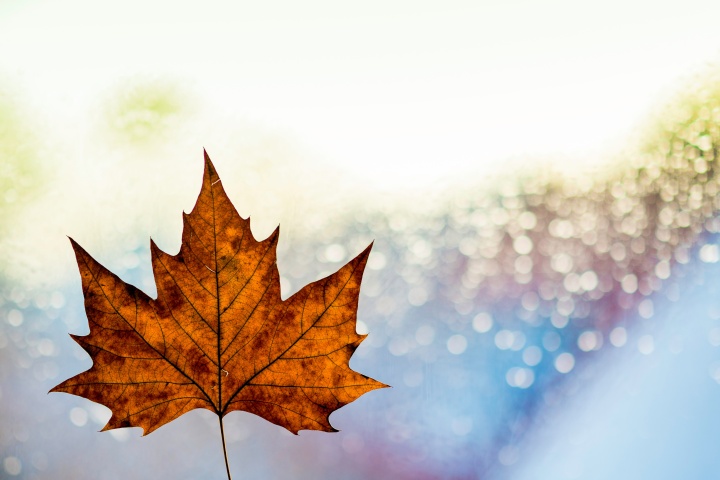 This morning I am sipping Holiday Blend coffee from my Seattle cup. Because I really love these Friday posts, Friday mornings tend to be a time of reflection. Even though it is already the 17th, this is my first Friday post of November. We can blame this on many things… There was lots of traveling, lots and lots of quality time with some of my favorite people, more traveling, more quality time, half a dozen long doctors visits, a conference, quality time with the stranger-as-of-late, whom I share a home with- (this would be Chw, of course, though we had barely seen each other since mid-September!) a week-long battle with a seasonal illness all sprinkled with some work stuff and the menial tasks of adulting…

Over the weeks since my last FIIL post, I have been keeping a list of things to share with you! Full disclosure, however, what tops the list (and is not super sharable via links anyway) is getting to spend time with my son, his wife and their beautiful baby girl. (You guys, she has the best head of silky curls, and so much personality and so many expressions, and she is so smart and funny and amazing…)

This will top all of this lists, all of the time…

Now that I have made my position on the matter pretty clear, here are the things I’m loving this week…

1.) Coffee! This is also a huge relief to me. You see, people in the midwest just don’t get it. They may be trained, and know things to the best of their abilities (generalization… I am sure some people do get it, just not the ones I usually encounter.) The PNW gets it. While they may not have invented coffee or the many delectable drinks one can whip up, with coffee, the PNW really is responsible for this bliss being such a part of American culture. (note: NO, I do not give Starbucks all of the credit. In the midwest, Starbucks is kind of the IT thing. And I get it, I love a good Starbucks drink as much as the next person, BUT there, well- Starbucks isn’t the IT thing. It’s the sheep thing, and for anyone else who just wants an awesome coffee, there are TONS of other options.) Anyway, this is quickly becoming a coffee post and that isn’t my intention. Let’s not squabble over Starbucks, ok?

While I was home I had coffee from all of my favorite Idaho places, and it was heaven. (I was also really, really caffeinated.) Coming home, I shipped some beans from my favorite Boise coffee roaster, (which is tragically lost in the mail forever, I’m afraid, along with about $200 of other things… BOO) When the crushing reality that I was out of my Storyville coffee (favorite coffee EVER) and my Dawson Taylor coffee was lost in the mail (forever), my husband consoled me with the news that Starbucks Holiday Blend was now out! What?!?! This is, in our (And many other people’s) opinion, this is the only really palatable Starbucks coffee. Christmas angels rang out their Hallelujahs and all was right with the world… (Minus the previously mentioned illness, the husband’s back injury, the bitter cold weather, etc…) But, you guys… Then something even more wonderful happened! Storyville sent an email about a free shipping promotion (LoveEverybody is the code, what are you waiting for??? AMAZING Coffee AND it supports a good cause!) Since I hadn’t been able to get in there and stock up, while I was in Washington, this was amazing news! (plus, lets face it, it would just have been lost in the black hole of the US postal service anyway.)

2.) My awesome friend (who I love so dearly and miss already!!! You know who you are… COME TO MICHIGAN!!!) showed me this amazing weather app called What The Forecast?. Here’s the thing, weather typically sucks, right? And we all kinda want to complain about it, and complaining about it only makes us (or me) feel crappier. But what if you had a weather app that complained about the forecast for you, and in such a negatively funny way that you looked at the forecast and then LAUGHED with joy, AND THEN reached out to share that laugh with someone you love, (you may not do that, but I do. All of the time, because it is seriously super funny) pretty genius right? This app is fantastic! (and so accurate re: the forecast AND the sentiment.) (**IF you find yourself offended by things like the general use of profanity than good news! You can have the app edited to state the same funny things, but in a less crude way, profanity free!)

3.) Flying has changed a lot. This was my first time flying in a decade, and to celebrate I decided to fly on five planes over the span of 15 days. (Bold move, I know.) Security is a nightmare (seriously, EVERY TIME… And depending on the airport, such things as Essential Oil cough drops or a cut out in a dress may be seen as contraband and HIGHLY threatening.) After I was in Washington I stumbled upon an article about a Michigan man who had SEVERAL guns and ammo in his carry on. Naturally they found him and naturally he was arrested. Rumor has it, it was a bigger terror plot. Here’s my question though, what the heck size of cajones do you have to think those things will simply slip by? Had he also not flown in a decade? THEY CHECK, SCAN, SWIPE and XRAY EVERYTHING. My bag was hand searched every time. I was put in what is equivalent to an airport time out for COUGH DROPS. Every inch of my body was shown more affection that a stranger has ever had the privilege, in both Detroit and Seattle. (I wanted to find the article and link it for your reading pleasure, but what I found instead were 4 separate instances of other people with impossibly large cajones attempting the same stupid thing- SINCE JULY. I mean, what the? I wouldn’t even attempt fingernail clippers, I was so nervous about it.)

That rant aside, Flying has changed a lot. I was able to track my flight on the tv screen in front of me. My bag texted me when it was safely on the plane, when it securely made my connection and when it was safely off the plan. After the luggage nightmare I had in 2006 in LA, this is the most geniusly wonderful thing in the history of travel- EVER. You get real snacks (Kind bar please, no nuts for me), have the option to purchase meals AND free wifi to Imessage (or FB message) til your hearts content. All in all, well worth the molestation and need to re-pack (over and over again) when awesome people are waiting for you on the other side.

4.) Catstudio is SUPER fun! Specifically THESE. (I want so, so badly, to have four of them.) I’ve seen them in person, and they are amazing!

5.) Christmas movies! (I know that was the topic of my last post, but seriously… It’s Christmas time!) The movies I’m referring to are the two Christmas movies currently in the theater. (Both parentally themed, oddly enough.) The first one being Daddy’s Home 2. I loved Daddy’s Home and was super cautious of this one because, well, it’s a sequel AND Mel Gibson is in it. (I found myself screaming, why??? Why???? when I first saw the announcement.) I had minimal expectations (which might be the best way to go in to any movie) and I absolutely loved it. I mean, LOVED IT! We laughed so hard, and the funny thing about Mel Gibson’s character (in the movie) is that he just sucks and everyone accepts it. (#typecast ???) It was endearing and funny (SO FUNNY) and we had a great time! The second one is Bad Mom’s Christmas. (I am going to stop right here and say that I realize I have some readers who fall on the more conservative spectrum of things and that is totally ok. TOTALLY. I absolutely respect that conviction. So, those of you who are there- this movie isn’t for you.) I saw it in Boise with my bestie and, honestly, I was really disappointed. It had some funny parts, but the one thing I CANNOT stand being used in entertainment is little kids using BIG profanity. I just can’t… And since this happened at the very start of the movie, I think I was just irritated for the rest of it. Once I was back home and settled, I kept seeing trailers for it and remembering not only the really funny stuff but also the pretty deep point of the gigantically emphasized caricatures of the storyline too. Chw had really liked the first one and had really wanted to see the second one, (I would have known this had we not been separated by thousands of miles of ocean and land for two months) and so after a really stress filled day of hospitals and annoying doctors, (so many doctors) we went to see it. Knowing the big evil was there, (you know, the kid/profanity bit) I was able to really enjoy the movie and it was still so very, very funny.

So, I guess it isn’t super terrible that it’s a lengthier post, since it’s representing an entire month, right? But now what should you do, after investing the time in this novella? You should go buy some Storyville coffee (you will not be sorry!) and then enter my Christmas giveaway!