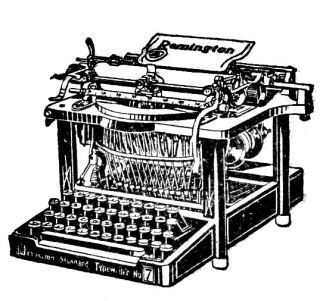 I was up most of the night, due to this crazy virus that won’t go away- and decided not to blog this morning. Something about you guys likely not wanting to read about the mucous laced details of my ultra romantic life and such. Instead I nestled down with my orange juice and laptop, to go through my reader, when I read one of my favorite bloggers, Ada over at Of Woods and Words who posted  about being a writer and expressing/describing that to others.
Her post, and my own experiences in answering the dreaded questions really got me to thinking about how writers got the short end of the stick. If you work in payroll and someone asks you what you do for a living- it’s pretty simple: payroll. If you are a chef, also totally simple. Even my husband’s job, which is pretty complicated unless you are already familiar with his industry, is explained happily enough in a few sentences.
I think that is why, back in ’08, it was so appealing to throw caution to the wind and start my own photography business. I loved it. i was doing it regularly for others anyway so why not do it professionally? But it did matter. It mattered because when the question came, Do you work? And I would answer that I did, I could say I own a photography business, and everyone was happy.
Well, they were happy anyway. I wasn’t happy, so much, because first and foremost I AM a writer and due to booking photo fun, I wasn’t writing… I’ve already said all of that though.
Instead once again the question comes, And Misty, What do you do? And I get to respond with, I’m a writer. And they force a smile, often wiry and self righteous, and say Oh? What do you write?
And the spiraling and tumbling of Alice down the rabbit hole becomes my very existence…
Somehow a suitable answer never comes.
Not one.
I blog. Definitely not the answer they’d be happy with OR the truth really.
Books. Oh? Can I see them at Barnes & Noble?
And on and on it could go. Worst case scenario nearly every time.
It occurred to me that I answer the questions based on society rather than soul. Our American society places at the forefront of everything MONEY. Anyone who is a writer knows that writing and money aren’t really synonymous. For a true writer, it has never been about money, though the little bit of money we sometimes get is nice. I know this, and am one hundred percent ok with this until the dreaded questions come. Suddenly I clam up. I wrack my brain trying to sort it all and figure out what writing had paychecks attached, most recently. Well, i recently wrote an article for a publishing house. Before that I did a handful of press reviews. Freelance mostly. Whatever comes along. I’d love to finish my novel and have it published someday but you’ve got to pay the bills.
Cue {weak, unsure} smile.
And, end scene.
CRAP.
I may as well be a temp worker, unable to commit to an actual job. I instead fly by the seat of my pants and takes whatever comes along on days when I’m willing to get off my butt and work. Oh yeah, and there’s the idea of a ludicrous pipe dream too, hiding back there. For years I’ve thought that was way the world saw us writers but now, today, I am wondering if that’s not because it’s the way I’ve painted it?
I mean, isn’t that how the majority of us learn to see the world? Through the words woven and splayed out for us, by writers?
It’s kind of enough to make your head hurt, isn’t it?
I’ve decided that I’m done playing that game. I am done answering, (or not answering, but verbally spiraling head first down a volcano)
Misty, do you work?
I do, head held high, I am a writer.
Oh. Well, what do you write?
Right now I’m focusing on my novel. I have been doing freelance for years, but the novel is my top priority.
It’s true, and it sounds good to me. Then again, I am a writer so it would. The point is- I don’t care. I don’t care anymore what people think. If the day that magical book deal shows up, ever comes, all of the naysayers and condescenders will change their tune anyway so who cares what they think now? And like Ada, I write on what inspires me. That’s why I blog. It may change, with the wind, but I don’t have to explain that to anyone.