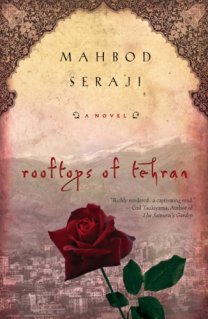 Our first book club selection, of the summer, was the perfect book to kick it all off with!
Mahbod’s writing was so poetically beautiful.
I felt like the romantic elements were light enough to not make it the focus. I learned so much about the Persian culture and my eyes were opened to a handful of issues, in our world, which my American bred apathy had kept me unaware of.
All in all, I really loved this book.
REALLY. {!!!!!!!!!!}
I loved the way in which the story, while pacefully moving towards itself, moved back and forth from the mental hospital to their summer and the events that immediately followed.
The elements that deeply touched me, in this novel, were those of the relationships. The level of love and respect that Pasha had for his father- even when he was upset with him- I found touching. The way in which the adults such as his parent’s friends, and even Ahmed’s slightly crazy grandmother, were so highly esteemed was also a really incredible detail to the story. Mahbod’s writing is really moving and periodically I found myself highlighting lines and phrases so as to keep them treasured. My absolute favorite moment was when Pasha’s father was embraced with his childhood best friend. Together, there whispering and hugging, they were caught in a moment that only belonged to them. Pasha’s immediate response was that he knew that’s what life would be like for he and Ahmed as well. I really loved that.
All in all I found this story beautifully weaving loveable and relateable characters, despite significant cultural differences, into a tale that I will keep with me forever. It isn’t an Iranian tale about their politics and events of the 70’s as much as it’s a universally human tale about love, connection, friendship and being true to each of those things…

3 thoughts on “Talk… {Rooftops of Tehran}”